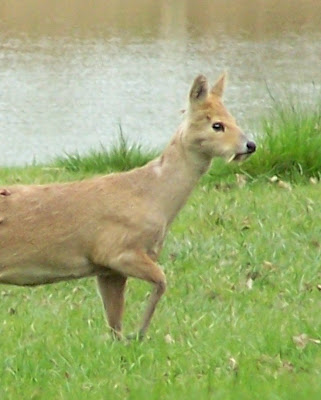 It's the time of year when the males of Idaho's deer species--whitetail, mule deer, elk, moose and caribou--wear impressive, velvet-covered antlers.

But there is one deer species in the world that does not carry antlers: the water deer.
This strange beast, instead, has tusks. Yes, tusks.
The water deer (pictured above) never grows antlers, but males rapidly grown large canine tusks that can protrude two inches. (The tusks are present in females but not visible). The tusks can be drawn backwards so they're out of the way when the buck is eating, or they can be pulled forward to make them appear more formidable.
Water deer use the tusks for displays of dominance and fighting rival males--much as members of Idaho's deer family use their antlers. 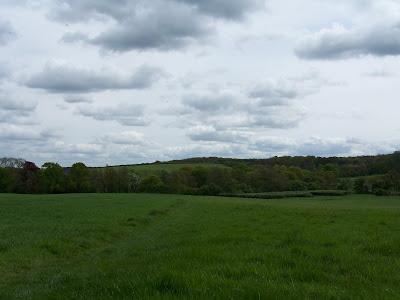 The water deer is native to Korea and China, where it lives in dense forest. In the late 1800's, water deer were released on the large estate at Woburn Abbey in the British countryside (pictured above). From here and other deer parks, the water deer spread to many parts of England.
Water deer are quite easy to see on Woburn estate and surrounding areas (where these photos were taken).
The deer family (Cervidae) includes 44 living species, ranging from the 12-inch high Andean pudu to the massive moose that roams Idaho's wetlands. Members of this family include some of the most common large mammals on earth. But many other species are secretive and little known.
And only one has tusks. --Matt Miller 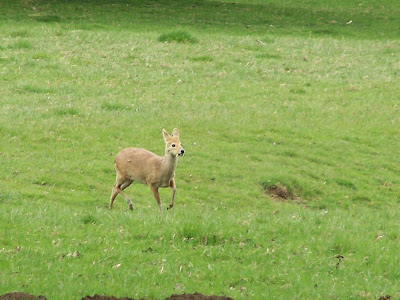