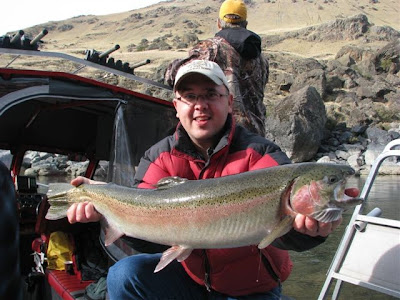 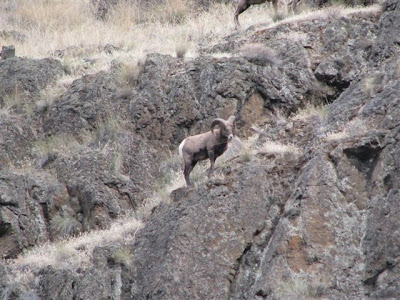 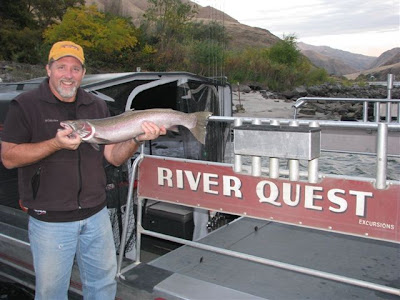 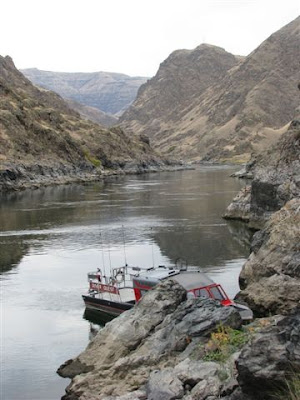 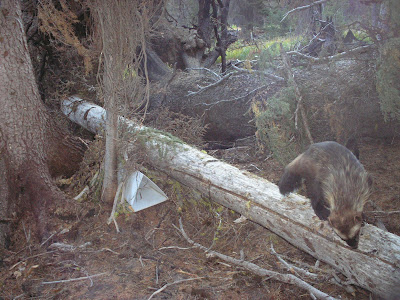 Most of us will never see a wolverine in the wild. But it's enough just to know that they're out there, roaming the Idaho backcountry.

The above photo was taken by a "camera trap" in the Boise National Forest. While it's known that wolverines inhabit Idaho, very little is known of their home range, genetics or population size. That's partly because they roam over huge ranges, are very difficult to spot and exist at low population densities even in areas where they are common. As the largest land-dwelling member of the weasel family, the wolverine resembles a small bear.

The wolverine is a well-known animal, largely because it has often figured prominently in outdoor adventure stories: attacking North Country trappers and causing mayhem for all who cross its path. In reality, though, the wolverine is secretive and just wants to be left alone. It does best in wild areas with few roads and few people.

This is because the wolverine likes to have room to roam: In one recent instance, a wolverine radio collared in the Tetons near Jackson Hole traveled to Pocatello and back, Pinedale and back to Jackson, to the northern range of Yellowstone and back to the Tetons and then to the famed Centennial Range and the Henry's Lake Mountains where its collar released. It ranged at least 550 miles in 42 days... no bad for a 35 pound animal.

This photo reveals their presence in the Boise National Forest. It visited a "hair snare" designed to lure in fishers--another member of the weasel family that does best in wilderness. The trap collects hairs from the fisher so researchers can determine the genetics and populations of these animals.

A camera is set nearby and takes photos when animals enter the trap area. These "camera traps" are becoming increasingly helpful for wildlife biologists, as they can be set along game trails, at water holes and mineral licks to view rare or wary species. They've been used to help researchers track elusive species like snow leopards and tigers, and even species new to science.

According to Michael Feiger, the U.S. Forest Service biologist conducting the study in the Boise National Forest, the wolverine also left behind hairs in the trap. Those hairs will be examined to determime the genetics of this wolverine to see how it's related to other studied populations of wolverines in Idaho.

Hopefully such research will enable biologists to better determine what habitat needs to be protected so that wolverines can continue to roam Idaho's backcountry.--Matt Miller
Posted by TNC-Idaho at 1:35 PM 1 comment: 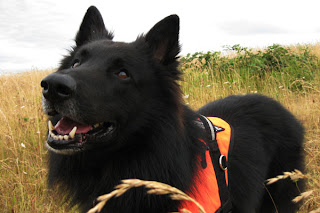 It's no secret that humans are seriously lacking in our sense of smell, but not so our best friends. Anyone who has seen their dog checking out the backyard knows that the canine scenting capabilities can tell a lot about who--or what--has been in the area.

The dog's nose has been put to good use in locating illegal agriculture products and drugs at the border, finding missing persons and hunting all sorts of creatures. Now a collaborative effort including The Nature Conservancy of Oregon has a dog sniffing out rare plants. 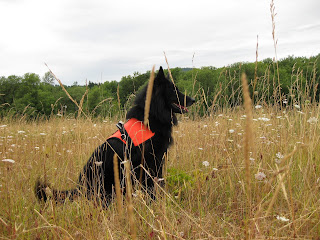 Meet Rogue, a Belgian sheepdog that is finding the endangered Kincaid lupine by smell. This plant is found over rough terrain, so it's difficult for human eyes to locate. The dogs have a remarkable ability to find rare plants in a field of many other species, with very low error rates. The success of this project suggests that dogs may have many other uses for conservationists. Read Rogue's story by Jen Newlin Bell of The Nature Conservancy of Oregon. 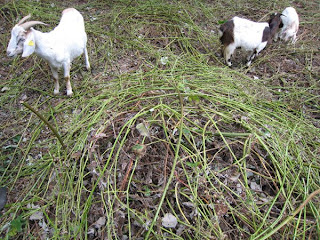 Dogs aren't the only domestic animal being put to use for the cause of conservation. The Nature Conservancy of Washington is utilizing goats to munch through a horrible tangle of invasive Himalayan blackberry. The thorns and brambles of this plant crowds out other native plants, but it's no problem for the goats. Their legendary eating ability is based on fact; goats munch even this noxious plant to the ground. Learn more about the goats, and watch a video of them at work. --Matt Miller 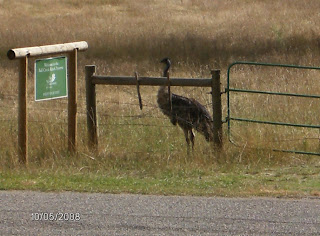 Emus are native to Australia, where they are quite common over much of the country. The second largest bird in the world, their legs are developed for high-speed running across the Outback plains. They are not uncommon on small farms or as pets, so invariably some escape--which doesn't lessen the surprise of seeing this large, prehistoric looking bird trotting across the Idaho landscape.--Matt Miller
Posted by TNC-Idaho at 12:32 PM No comments: