TNC: The Next Generation 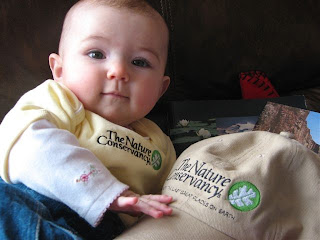 Elsie Grourke, daughter of Erin and Conservancy staffer Steve Grourke of our Coeur d'Alene office, already has the conservation spirit. Here she shows off just some of the Nature Conservancy's merchandise, available on-line.
Posted by TNC-Idaho at 2:09 PM No comments:

Planet Earth, an 11-part miniseries sponsored by The Nature Conservancy, airs Sunday beginning 7 pm MDT. The series offers a look at the world's habitats through some of the most dramatic wildlife cinematography ever shown; many animal species and animal behaviors are captured on film for the first time.
The series runs through April, with shows themed around habitat types of the world.
Learn more about the habitats and wildlife featured in the series, and tune in to see the wonders of wildlife that still roam Planet Earth:
PLANET EARTH airs on consecutive Sundays from March 25 through April 22, 2007, on Discovery Channel and in high definition on Discovery HD Theater.

Where Did Hemingway Get His Sandals?

This and other questions are being answered as The Nature Conservancy begins a comprehensive archive of all items in the Hemingway House, as reported this week in the Idaho Mountain Express.

The home was built by Bob Topping, a well-known socialite of his day, in 1951. Ernest and Mary Hemingway bought it in 1959, and Mary continued living in the home off and on for 23 years after Ernest's death. The Conservancy were bequeathed the home in Mary Hemingway's will. The home now includes items from all owners, so tracing their history can be a challenge.

But the archive is turning up interesting items, and will serve as a valuable historic record as several Hemingway friends and relatives who knew the house well are still alive.

“The documentation will bring alive the real history of this place,” says Hemingway preserve manager Taylor Paslay, who is leading the archive. “With a computer inventory that includes the stories of each object, we will have consistent and accurate information that can be accessed by future staff and scholars.”
Posted by TNC-Idaho at 9:16 AM No comments: 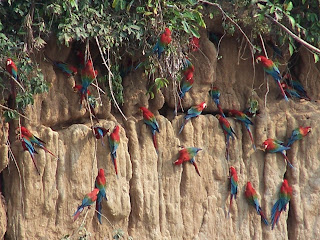 A focus of many conservation organizations over the past decade has been on "biological hotspots"--those areas that have the highest number of species. A relatively few areas of the Earth contain the vast majority of its species.

Certainly these places are special, but should they be the sole focus of biodiversity conservation?

Peter Kareiva, The Nature Conservancy's chief scientist, argues that the answer to this question should be "no" in a nature.org interview.

In the interview, Kareiva makes the point that some species have more profound impacts on ecosystems than others, such as grizzly bears. Some habitats hold relatively few species--such as northern forests--but still provide great benefits to people in the form of erosion control, water quality and outdoor recreation.

He also believes that humans should not be denied access to the natural world, whether they live near a hotspot or in an area that contains fewer species.

The argument makes sense. Certainly no one is denying the importance of those areas with huge numbers of species, such as the Peruvian Amazon (pictured above), where I visited in 2005. Manu National Park in the Amazon has more bird species, for instance, than the entire United States. And the number of birds pales beside the amazing variety and numbers of insects, to say nothing of the exuberant plant growth in every nook and cranny. The sights, sounds and smells of the Amazon remind one that life is everywhere.

Compared to the Amazon, Idaho's own biological diversity seems, admittedly, puny. But as Kareiva argues, species counts never give the whole picture. Idaho still has some of the best populations of large mammals--moose, elk, mule deer, bighorn sheep, mountain goat, caribou, pronghorn, grizzly bear, mountain lion, wolf and more. The sagebrush country offers some of the best shrublands on the continent, with sage grouse, burrowing owls, golden eagles, badgers, ermines and many more.

The Nature Conservancy's mission focuses on protecting the great variety of native plants and animals around the world, from the species-rich areas like the Amazon to the sagebrush country of Idaho. Only by protecting the full range of these habitats can the Conservancy achieve its mission.
Posted by TNC-Idaho at 2:47 PM No comments: 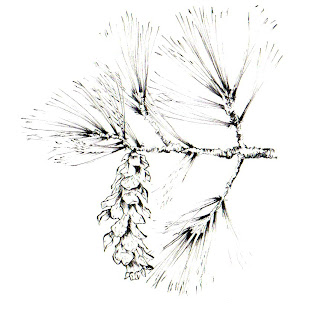 The Nature Conservancy in partnership with the Sawtooth Botanical Gardens is hosting an afternoon of Botanical Illustrations on Saturday, March 10th. This interactive class will be from 3 pm to 5pm. Refreshments and supplies will be provided, compliments of the botanical gardens. Dayna Smith, Silver Creek Preserve Manager and Landscape Architect, will be teaching the course and focusing on fun ways to incorporate botanical illustrations into your life. Pencil and colored pencil will be used and she will focus on adding illustrations to your journaling, as well and make greeting cards and other materials from your drawings. The combination of art and science at its finest!!

The Bear in Winter 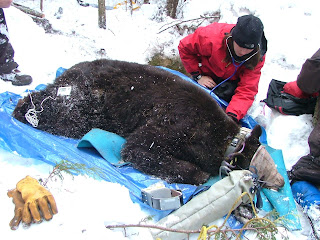 Justin Petty, the Conservancy's North Idaho land steward, reports:
This morning I had the opportunity to tag along with the Idaho Department of Fish and Game and Jesse Lewis to retrieve and replace a Global Positioning System (GPS) collar on a 300-pound hibernating black bear. Jesse, who is finishing his thesis work at the University of Idaho, squirmed down into the den with the very-much-awake bear and tranquilized him. The male bear was in fantastic shape and was quite a bit larger than they anticipated, which made removing him from his den "challenging". It was an awesome experience.


The data Jesse is collecting gives us a glimpse into the routines, needs, and potential hazards these bears are faced with. I look forward to seeing the results from the collars removed this season. 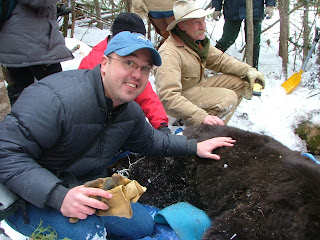 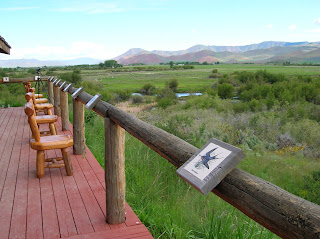 As the red-winged blackbirds' arrival suggests, spring is indeed just around the corner. And that means another full schedule of activities at Silver Creek Preserve, from bird walks to art lessons, from volunteer opportunities to barbecues.
Check out this season's offerings. And check back frequently, as more activities will be added as throughout the year.