Winter Range: The Importance of Sagebrush 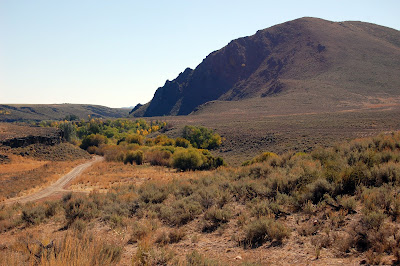 Settlers along the Oregon Trail learned to hate sagebrush. As if passing through hundreds of miles of it wasn’t enough, their livestock would not touch the plant. They pronounced sagebrush inedible and worthless as forage, and their folk wisdom has been passed down through the generations.

They were right about cattle, but it would be difficult to overestimate the importance of sagebrush as wildlife forage. According to ecologist Dr. Bruce Welch, sagebrush offers from seven to twelve percent crude protein, compared to three percent for grasses and forbs. Sagebrush is also highly digestible, supplying deer (and other big game species) with much needed phosphorous and calcium.

“The bottom line is that even the least palatable species are still very valuable forage,” says Dr. Carl Wambolt, professor of range science at Montana State University. “Even if the most palatable species are gone, the deer and elk will still be living in the existing sagebrush. Basin big sage is the least desired as forage, but it has the highest protein content of any of the species.”

Sagebrush also varies in palatability within species, depending on geography, and even during different times of year. During the spring and summer, sagebrush is less appealing to deer due to the increased amount of certain chemicals.

“The easiest way to think of it is in terms of humans eating chips and salsa,” says Roger Rosentreter, a botanist with the Bureau of Land Management. “In the winter, the sagebrush is like eating a bunch of chips. You can just keep eating them. In the spring, it’s like chips with really, really hot salsa. You are going to eat less.”

This serves a valuable function for the plant and the deer. It allows the deer to benefit from the plant’s nutritious qualities, and browsing in the winter actually helps the plant achieve robust growth. In the summer, when browsing would damage the plant, it is least tasty to deer. The chemicals also protect the sagebrush from insect damage.

One of the most contentious debates in range management is whether or not sagebrush becomes “decadent.” Some hold that sagebrush becomes too thick and competes with the grasses that survive in the understory. They believe that these stands of sagebrush should be thinned to increase other plants for forage.

Research by Bruce Welch and others suggests that thick sage cover actually benefits wildlife. However, in some areas severe livestock overgrazing has eliminated all understory plants. This causes the sagebrush to become a monoculture, crowding out native plants. The solution to this is better grazing management.

“Sagebrush should be dominant on the landscape but not so thick that you can’t walk through it easily,” says Rosentreter.

In healthy habitat, the sagebrush canopy plays an important role in mule deer survival. Not only does it provide cover for deer, it also sticks out well above the snow. Other plants may be covered, but mule deer can still browse on the sage.

“Wading through heavy deep snow is what really kills deer,” says Welch. “It takes a lot of energy out of their systems. Deer will dig down through the snow a ways, but nothing like bison. Sagebrush enables deer to eat without digging or moving around.”

Even in thick canopy cover, other plants thrive, according to Wambolt. “It has definitely been shown that you can have good sagebrush cover and still have a lot of understory plants,” he says. “Removing sagebrush does not increase grass and forbs. That’s controversial, but I have a lot of data that show that.”

Sagebrush is the keystone that enables a whole host of species to survive, from little-known insects to mule deer. --Matt Miller
Posted by TNC-Idaho at 1:34 PM