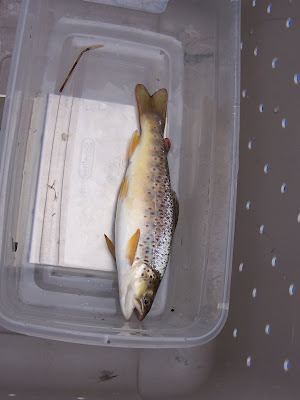 Recalling his first fishing trip to Silver Creek, Jack Hemingway wrote "I suspected there was something going on that I simply didn't understand"--a sentiment familiar to many anglers.
Spring creeks like Silver Creek are complex ecosystems. Even a careful observer can only hope to catch an incomplete glimpse of what's really happening.
That's why monitoring and research are such an important part of the Silver Creek conservation program. Spring creeks are not well studied. But at Silver Creek, a substantial monitoring program supplies biologists with a more complete picture.
From birds to vegetation, from water temperatures to flow rates, monitoring programs regularly assess the state of the creek. 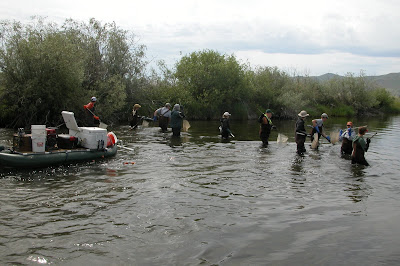 This year, USGS biologists, with assistance from the Idaho Department of Fish & Game and Conservancy interns and volunteers, are electro-shocking sections of the creek to conduct their survey. 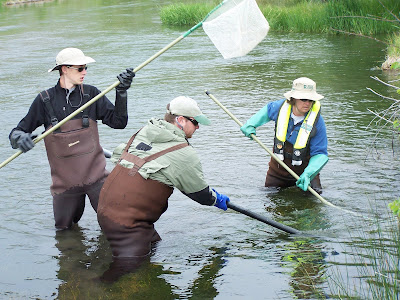 Electro-shocking sends an electric current through the water which stuns any nearby fish. Volunteers net the fish, which are then delivered to live wells. 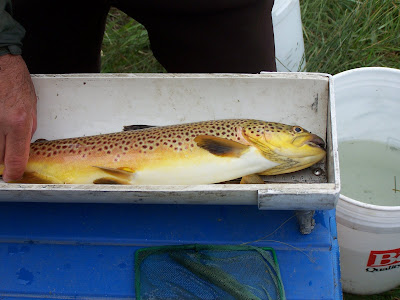 Fish species are recorded, and each fish is then weighed and measured, before being carefully released back to the stream. 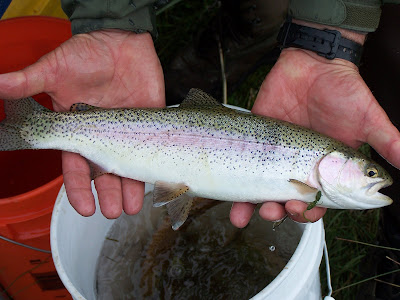 Anglers and conservationists are always very interested to know the ratio of rainbow trout to brown trout. There has been some evidence that brown trout, a Eurasian species, have slowly been taking over as the dominant species.

During Monday's electro-shocking, biologists were surprised at the large number of healthy rainbow trout. But it's far too early to guess what the monitoring studies will find. 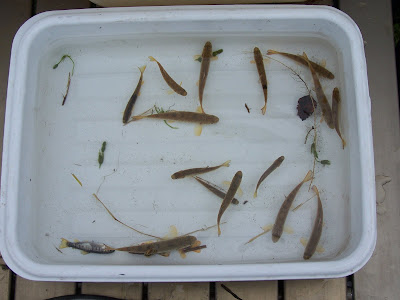 Trout aren't the only focus of this study; biologists also record the presence of dace, sculpin and the other small fish species that often escape notice. USGS biologists are also recording large invertebrates as part of the monitoring survey.

These smaller species are an integral part of the Silver Creek ecosystem--and serve as indicators as far as water quality and the overall health of the creek.

The electro-shocking will continue through July. In early autumn, the Conservancy will receive the results of this year's monitoring. We'll post the information here, so check back for the most current information on Silver Creek's fish. 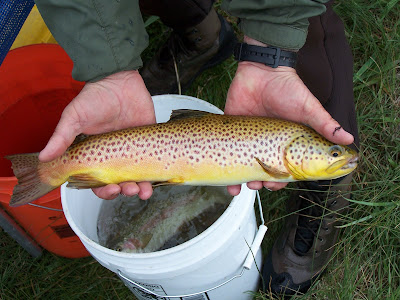