Looking for a good summer read? Here are some great conservation and nature books you may want to pack along on your next outing. 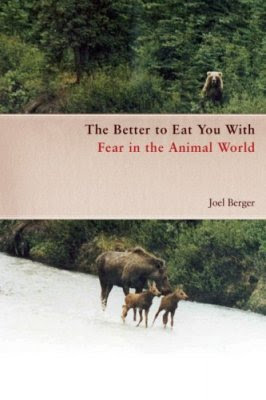 When wolves returned to Yellowstone after being absent for decades, how did prey react? Did elk and moose know wolves were dangerous, or did they have to relearn fear? Questions like these form the premise for Joel Berger's The Better To Eat You With: Fear in the Animal World. Berger, a biologist with the Wildlife Conservation Society, examines predator-prey relationships around the world and reveals some surprising insights. Bison, for instance, show no concern when they hear wolves or humans, but become alert when they hear the roar of lions--quite possibly an innate response left over from the time when lions roamed the North American continent. Berger's review of the research leads him to wonder what is lost for prey species--and whole landscapes--when they're missing large predators. 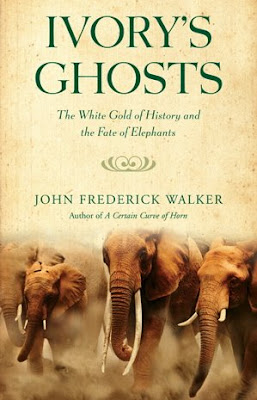 John Frederick Walker provides an excellent overview of the ivory trade and its implications for elephant conservation in Ivory's Ghosts: The White Gold of History and the Fate of Elephants. Humans have long been fascinated with the aesthetic properties of ivory, a fascination that led to the decimation of elephant herds in Africa and Asia. That changed with a ban on ivory in the early '90s, but Walker wonders: Is an ivory ban really benefiting elephants? A seasoned reporter, Walker thoroughly covers the extremely complex web of "ivory politics" and avoids the too-easy answers that many well-meaning conservationists propose. 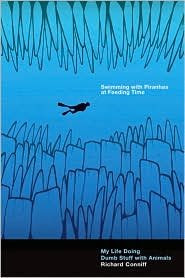 Swimming with Piranhas at Feeding Time: My Life Doing Dumb Stuff with Animals by Richard Conniff recounts the author's wildlife travels both near--examing hair mites that dwell on his (and your) scalp under a microscope--and far--radio-tracking wild dogs in Botswana. The book is a nice mix of humorous pieces and serious conservation reporting. He visits with a biologist who has developed a pain index (based on personal experience) for stinging insects, surveys ant populations in Madagascar, and, yes, swims with piranhas at feeding time. 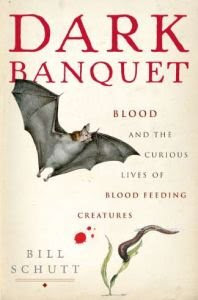 I'm often bothered that much of what passes for "nature writing" is too often somber, preachy or pseudo-philosophical, so it's refreshing to read a book that is as entertaining as Bill Schutt's Dark Banquet: Blood and the Curious Lives of Blood Feeding Creatures. I find myself repeating strange stories from this book way too often. Schutt, a biologist, delves into the evolution and bizarre behaviors of those species that feed on blood. You'll encounter vampire bats that mimic chicks so they can get close to hens (and then feast), the reasons why bed bugs are spreading to a hotel near you and the near-mythic (and exaggerated) feeding habits of the candiru (you'll have to look this one up on your own). My vote for the most fun and best-written "nature book" of the past several years. --Matt Miller
Posted by TNC-Idaho at 10:17 AM

Thanks Matt. I'm flattered. The book was tremendous fun to write. It's coming out in paperback on Oct 6. For those of your readers who might be interested, my next non-fiction book will look at the natural (and unnatural) history of cannibalism (in humans and elsewhere in the animal kingdom).