While on a recent trip to Conservancy partner Lava Lake Land & Livestock, staffer Sara Sheehy captured a few late winter shots. We'll have more stories and photos from the ranch in the coming weeks. 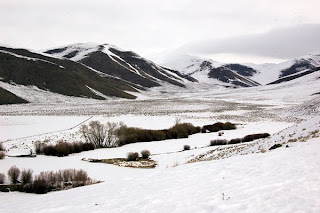 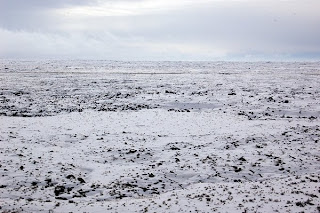 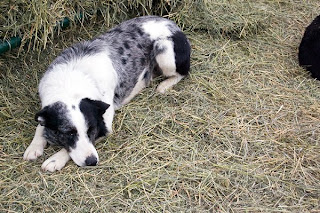 Imagine you just received a burn on your arm—not a serious one, but enough to cause some discomfort. While painful, you’d probably not worry about it too much. Your arm would recover and you’d be fine. If you’re healthy, that is.

If you’re already suffering from an illness, or have a comprised immune system, that simple burn could be enough to threaten your life.

If the habitat is not healthy, such factors could threaten the entire ecosystem.

The fire typically starts a cycle of non-native grasses like cheatgrass, which are prone to fire and cause hotter blazes. These repeated burns harm and eventually eliminate sagebrush habitat.

Sage grouse without sagebrush are like fish without water. The grouse need sagebrush and native plants for every stage of their life cycle.

That’s why The Nature Conservancy is working to keep habitat healthy, so that sagebrush country remains home to grouse and other wildlife—and can better withstand periodic fires.

Your support enables the Conservancy to work in places that still have excellent, healthy sagebrush-steppe habitat—the Pioneer Mountains, the Owyhee Canyonlands and the Crooked Creek area.

We’ve also developed innovative tools to help range managers select the places and methods where conservation can accomplish the most for sagebrush habitat. And we’re restoring areas with degraded habitat.

Your support is critical to these efforts. They’re truly keeping sage grouse (and other wildlife) in the sagebrush. 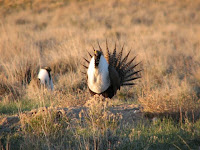 The annual display of sage grouse on their strutting grounds—called leks—is one of the most dramatic wildlife spectacles in Idaho. If you’re willing to get up early, you’ll be rewarded with the sight of male sage grouse popping air sacs on their breasts, puffing and fighting.

Where to catch this great wildlife show?

Here are two upcoming opportunities to enjoy sage grouse on their leks. If you haven’t seen the sage grouse yet, make this your year.

Golden Eagle Audubon Lek Trip – April 2, 2011—The Golden Eagle Audubon Society offers a lek tour every year, leaving from Boise. It visits a sage grouse lek near Weiser. Typically, participants will have excellent views of 15-20 displaying grouse. The expert birders from Golden Eagle continue the trip through grasslands and wetlands, and you can often see many interesting birds, including burrowing owls, long-billed curlews, golden eagles and more. Phone Pam Conley at 208-869-0337 to sign up for this free excursion.

Dubois Grouse Days – April 15 and 16, 2011 - Dubois Grouse Days celebrates the great grouse leks (some of the largest remaining in the West) of eastern Idaho with two days of presentations, great food and visits to leks. One of the tours visits the Conservancy’s Crooked Creek Preserve, where participants should see fifty or more grouse displaying. This year’s speakers include wildlife photographer Paul Bannick, Idaho birder and photographer Kathleen Cameron (who also frequently photographs Silver Creek) and falconer Jack Oar. This is a great event to see sage grouse and support a small, rural Idaho community through wildlife tourism. 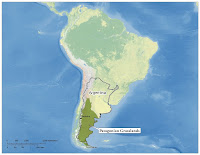 How do you do effective conservation on 40 million acres of grasslands across a landscape ten times that size? We don’t know for sure yet, but Carlos Fernandez and his team in the Conservancy’s Patagonian Grasslands office are giving it a shot. To put it in perspective, that’s like taking an area about the size of Idaho, Montana, Wyoming, Colorado, Utah, and the Dakotas combined and setting out to effectively conserve all of say, North Dakota. Did I mention that 80% of the land is in private hands and less than 5% is in public protected areas?

Well first off, Carlos and company have begun by focusing on two out of four grassland ecoregions in Argentina. The Patagonian Steppe and Low Monte ecoregions form what we now call the “Patagonian Grasslands” project area. This cuts it down from 400 million acres to about 220 million acres, around the size of four Idahos. (See graphic) 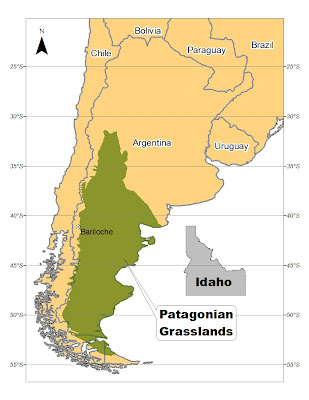 The map above, designed by Nathan Welch of the Idaho Chapter, shows the size of Idaho compared to our Patagonian Grasslands project as well as the relative position of the 45th parallel in each location. In the Idaho, it’s safe to say we have our hands full with our work. Our 27 employees work hard to implement conservation strategies for sagebrush steppe, forests, and freshwater habitats across Idaho.

The Patagonian Grasslands team has just five permanent staff members. So that’s 1/5 the staff covering 4 times the area. It’s simply not feasible to manage preserves, monitor conservation easements, and do hands-on stewardship projects like we do in Idaho. They’ve got to rely on partners to do much of the on-the-ground work.

Done right, these strategies hold the promise of conserving habitat across millions of grassland acres.

The key to success in implementing these strategies is engaging partners like sheep producers, Argentina’s National Park Service, and Fundacion Neuquen – the country’s first land trust. Established in 2008, the Patagonian Grasslands project is young and ambitious. After spending a month here, I’m convinced they’re on the right track, and I’m optimistic, given time, they’ll be able to answer my opening question.

Sage grouse command a lot of attention from conservationists (and we have more posts on sage grouse coming up soon). But there is another grouse that has an interesting conservation story in Idaho.

In 1977, a Bureau of Land Management manager accidentally discovered a small dancing ground on a private ranch near Midvale. He alerted Alan Sands, then a BLM biologist, of his discovery.

This prompted extensive searching efforts throughout Washington and Adams counties, resulting in the discover of three other dancing grounds, two more of which were on the same ranch.

In the early 1980s, the ranch came up for sale, and Sands sought the Conservancy’s help to acquire it. The Nature Conservancy worked with committed conservationists Tim and Karen Hixon, who donated funds to purchase the 4200-acre ranch, and worked with the BLM to designate 30,000 acres as critical habitat for these grouse.

Several years later, the Conservancy transferred most of the ranch to the BLM through a land exchange, retaining a core 200-acre parcel in the heart of the grouse display grounds.

Fast forward to today. What has changed? How are the grouse doing?

Well, Alan Sands is now an ecologist with The Nature Conservancy. Last year, 110 grouse were counted on the Conservancy’s Hixon Sharptail Project, part of a long-term upward trend (there were less than 25 birds in 1982).

With your support, we’re working to continue to protect habitat and expand the grouse’s range, and to protect other vital bird habitat around Idaho.
Posted by TNC-Idaho at 1:11 PM No comments: 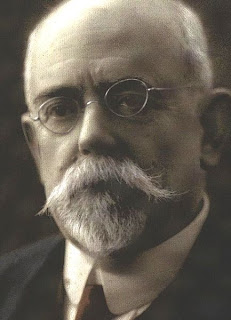 An intrepid explorer, naturalist, and diplomat, Francisco “Perito” Moreno is widely considered the father of conservation in Argentina. Part John Wesley Powell, part Teddy Roosevelt, Moreno’s exploration and vision led to the creation of the first National Park in Argentina.

In Spanish, ‘perito’ means ‘expert’, and Moreno got this nickname from his extensive surveying work along the Andean boundary between Argentina and Chile. Born in Buenos Aires in 1852, Moreno spent much of his twenties and thirties exploring Patagonia. Like Powell, he was an earnest geographer and a passionate student of nature and indigenous peoples. When a boundary dispute with Chile arose around the turn of the 20th Century, Argentina called on Moreno to represent its interests. 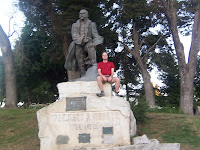 Historians credit Moreno with helping Argentina retain more than 10 million acres of land in the negotiations with Chile. In compensation the government gave ‘el Perito’ some 225 square miles of land. He sold most of it and gave the money to charity. In 1903, he donated the remaining 27 square miles (17,280 acres) back to Argentina on the condition that it become a nature preserve. In his donation letter, Moreno cites inspiration from Teddy Roosevelt’s conservation advocacy.

The Argentine government made good on its promise, and in 1922 went one better, creating the nearly 2 million acre Parque Nacional del Sur (National Park of the South). Today it’s called Nahuel Huapi National Park after its iconic lake, and forms the centerpiece of Argentina’s national park system. 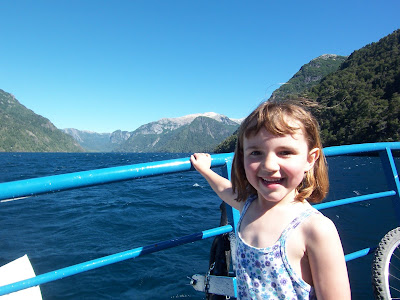