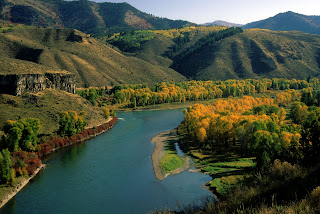 The cheerful voice on the other end of the phone asked me to meet him at his vehicle in the parking lot in an hour. "How will I know which vehicle is yours?" I asked.

"Oh, you'll know," the man replied. "It's the van with the large Nature Conservancy logo on the side. You can't miss it." 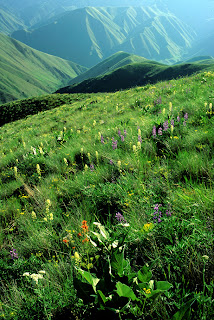 Harold "Hal" Malde considered himself an ambassador for The Nature Conservancy, an ambassador who could make his best contributions through photography. During my tenure with the Conservancy, I don't believe I have met a more enthusiastic support of our organization and our mission.

Hal passed away on November 4 at the age of 84.
He began his volunteer work for the Conservancy twenty years ago, when he visited a preserve in Minnesota. Inspired, he embarked on a two-decade journey to document preserves around the country through photographs. He logged as many as 14,000 miles a year, on his own expense, visiting 650 preserves in the process--more than any other person, including paid staff. View a slide show featuring Malde's images.
I met Hal when he was 81--fresh from driving through the Owyhees solo, part of a several-month traverse of the Western states to visit new preserves and projects.
Hal's photos have been used by the Conservancy in countless publications, web sites and interpretive signs. Many offices have framed pictures of his images.
He loved going afield with staff. He had a deep knowledge of geology, biology and land conservation issues, and a genuine curiosity about the places he visited.
As Conservancy directly of photography Mark Godfrey writes, "Harold Malde was more then just a remarkable Conservancy volunteer. He was also a special hero to those of us who have also dedicated our lives to the cause of conservation. " 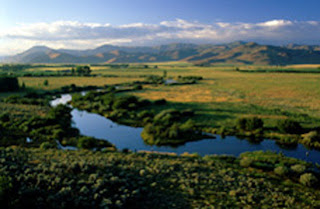 All photos by Harold Malde