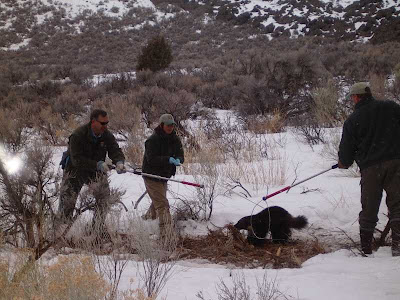 Wolverines are one of the most secretive animals of Idaho; little is known about their numbers or travels. Known as an animal of the wilderness, they nonetheless ocassionally turn up in some unexpected places.

That's the case for this wolverine, which was caught by a recreational trapper in the Menan Hills, just north of Idaho Falls. Fortunately, the trapper called the Idaho Department of Fish and Game (IDFG) to rescue the animal. 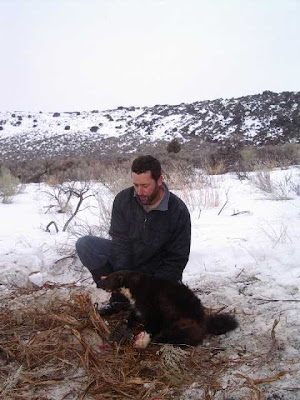 As reported by IDFG: "Wolverines are a protected nongame species, and thanks to a modern foothold trap, the animal could be sedated and removed without incident. It was then whisked by Aber to the Driggs Veterinary Clinic, vets who have helped with wolverine research in the past. After a thorough checkup, doctors implanted an internal radio transmitter in the young male wolverine to allow wildlife biologists to track his movements."

The wolverine was released in more suitable habitat.

Wolverines have large home ranges. Instances like this highlight the need for large, wild landscapes where they (and lynx, grizzlies, fishers and others) have room to roam.

Another wolverine was recently documented by a camera trap in the Boise National Forest. Perhaps with technology like camera traps and radio transmitters, biologists will learn more about wolverine habits. But due to their secretive nature, many aspects of a wolverine's life history will remain a mystery. 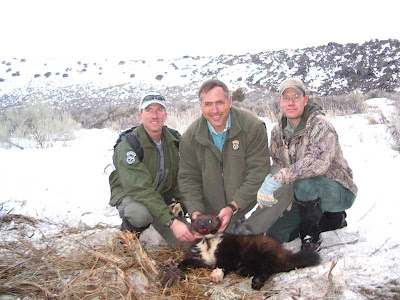 Most of us will never see a wild wolverine. But Idaho's wild country seems a bit more, well, wild knowing that this fascinating creature is out there. --Matt Miller