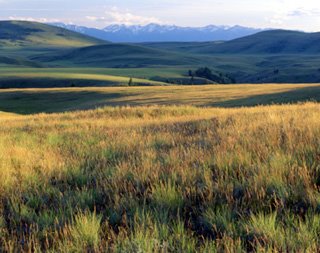 Zumwalt Prairie, located near Enterprise, is considered the most extensive intact swath of native bunchgrass prairie in North America. It hosts one of the densest concentrations of breeding birds of prey on the continent, including golden eagles, ferruginous hawks and other raptors that raise their young on abundant ground squirrels thriving among the deep-soiled prairie grasses.

The preserve, with the expansion will now encompass 33,000 acres, the largest privately owned nature preserve in Oregon.

There is a public access trail on the preserve.
Posted by TNC-Idaho at 9:27 AM